The Hills of Prosecco and the Cima Grappa

Duration: 4 days – 3 nights
Over 200 Km with over 3000 metres of difference in altitude
Program for experienced cyclists and trained

Arrival in Cison di Valmarino, a beautiful palace of the XVI century in the centre of one of the most beautiful villages in Italy. Among the activities dedicated to the relaxation that we thought for you, have an aperitif at the pool in the majestic grounds of the palace, waiting to be served dinner. 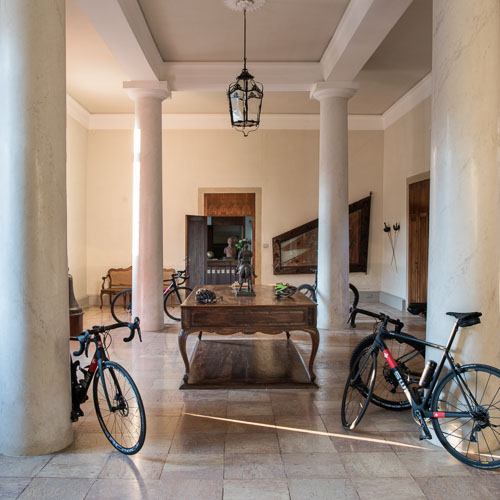 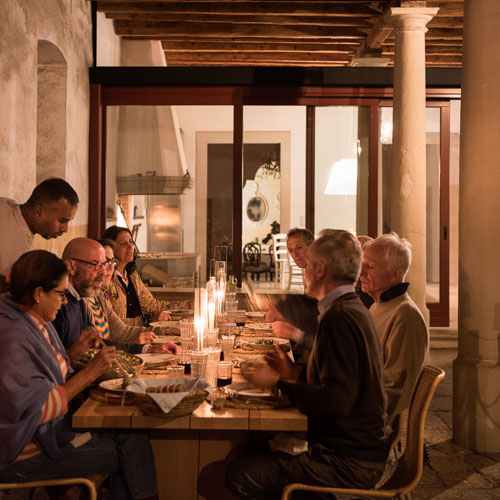 You ride along the route of the note the route is named “Prosecco Cycling”. The route is approximately 100 kilometres with a total altitude of over 1500 metres.
From Cison towards Tarzo, continue in the direction of Refrontolo, San Pietro di Feletto, Conegliano and Collalto where there is a stop and a light lunch in one of the traditional taverns that characterize the surroundings. In the second part of the day you ride to Sernaglia della Battaglia, Col San Martino, Guia, and Follo up to Valdobbiadene, where it is provided, if acceptable, a wine tasting in one of the best wineries in the Prosecco. Back to Cison through forests of chestnut trees and vineyards, and passes through spectacular landscapes, in the heart of the hills of Prosecco, within a scenario that has a particular roughness. 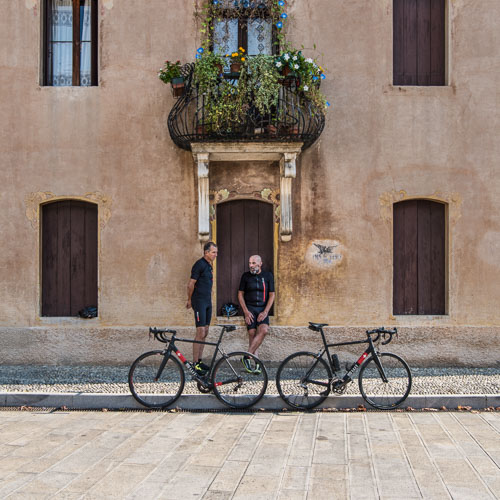 Today, the route is compared with the mountain in level of cycling was the most demanding of our territory, the Cima Grappa: more than 115 km with an elevation of about 2000 metres.
Altitude start of climb: 240 m altitude end of climb: 1,775 m, total difference in altitude: 2,000 meters, average slope: 6%, maximum gradient: 22%, recommended reports: 34×28.
From Cison to the Piave, up to Pederobba at the foot of Mount Grave: here begins the climb to reach its summit at an altitude of 870 metres, going up to the Mount Pallon at 1,200 metres – then – climbing With Bear (1,650 m) with a vertical drop of 450 metres, you finally reach the Top of Grappa 1.775 meters.
The parties most hostile of this ascent are two: the initial stage (about 8 km), and the final one. The central part is instead characterised by a slight slope of about 5 km, nestled in the tall plants of spruce and beech, which give a fresh smell of the mountains. On the Cima Grappa, dominates the scene, the Refuge of the Monte Grappa, imposing and beautiful, so much so as to seem to search the whole area below.
Back-to-Cison may be direct, or via Bassano del Grappa, where a breakfast among the vineyards and will satisfy you of the fatigue incurred. Every day of the trip, and every step of the way, every experience and every itinerary can be planned and personalised… even the last day will be designed specifically for you: another day of pedalling on one of the many paths of the area, or you may prefer a journey to discover the local spots and typical food! The Euganean Hills and the Villas of Palladio

The Hills of Prosecco and the Cima Grappa

Duration: 4 days – 3 nights
Over 200 Km with over 3000 metres of difference in altitude
Program for experienced cyclists and trained